Well well well. The WWR needs to be written and Hollywood did not disappoint.

First off comes the news that MCU will be introducing it’s first openly gay superhero with the release of the ETERNALS. My give-a-shit meter fell out of the dashboard. See the video around 1:30 mark.

Well, I don’t know about you, but I’m sure when my parents took me and my sister at around age 8 and 5 to see Superman the Movie, they said: “Well it was pretty good but I really wish we could’ve seen Superman and Lex Luthor make out.”

I’m sorry but the gay agenda did it to themselves. Because there is no such thing as gay pride anymore. At least not in the parades, it’s weird fetish pride. Yes yes, consenting adults should be able to do whatever they want but really, why is this pushed all the time in movies? I’m pretty sure there are not as many gays in the US as there are gay characters in movies these days.

I just would like to not have to think about it all the time. Superhero movies may popular across all demographics but let’s cut the bullshit. These are first and foremost for kids. We still love them now because we read them as kids. Now I can’t even take my kids to most of them anymore without having to have conversations that I would prefer not have.

Oh, ticket sales are down this summer? Gee. I wonder why.

But Hollywood wasn’t done with me yet. No not by a long shot. Because we got the Terminator: Dark Fate trailer this week.

Well, let’s take a look at some various bullshit.

One, Sarah Connor claims she stopped judgment day in T2. Well…kinda. I think Miles Dyson sacrificing himself and the Terminator taking a smelting bath and all might have had something to do with it but whatever.

Three, the new savior is Hispanic (apparently now doing the job Americans won’t do) and is about 5 foot nothing weighing in at about 68 pounds. But here she is firing a gun that should probably send her flying across the field but remember all wisps of females are stunning, strong, and brave.

Finally, four, in the most obvious bit of symbolism, we have several shots across the trailers of the Hispanic savior traveling in the back of a pickup truck in classic illegal immigrant fashion while the evil bad Terminator disguises himself as a border patrol agent.

Even the non-woke stuff just looks lazy. How many times are we going to see the Androgynator kick this guy’s ass in the trailer? He gets sliced into deli-meat at one point! Oh boy, that really doesn’t spoil anything. Sara Connor throws in an “I’ll Be Back” at the end. At which point I had only one thought: 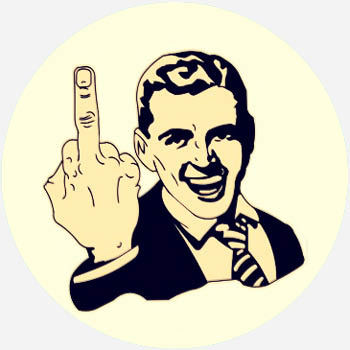 And that’s your weekly woke report. Go away.