2020 was a rough year, what with that whole COVID thing. 2021 couldn’t be any worse, right?…right?! Anyway, one of the things that has kept our sanity in place as a whole, was movies. Movies have a way of uniting people and bringing us together (if only it was really that easy).

Even with the cinemas largely closed for much of 2020, we were still able to take in, and enjoy a bunch of new and fantastic films: Tenet, Hillbilly Elegy, The Trial of the Chicago 7, Ma Rainey’s Black Bottom, David Byrne’s American Utopia (I saw this live in Connecticut…incredible), Palm Springs, Bad Education, and so many others. These were all available to see either in cinemas, or at home on VOD, or Netflix. Now that we are in 2021, its time to look ahead at some of the most anticipated films to drop in what will hopefully be a better year for everyone. Here’s part one of my Top 10 list – with trailers embedded, in no particular order. 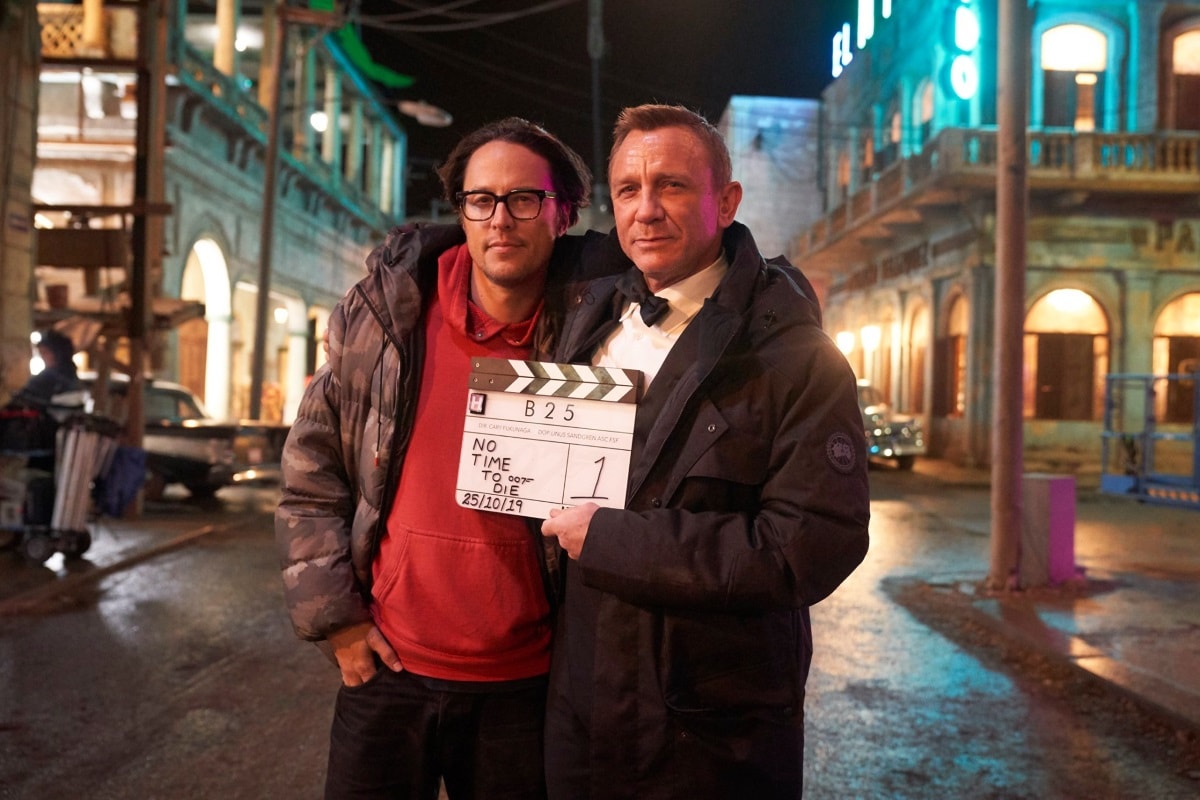 Daniel Craig is back for the 25th installment in the James Bond franchise, and it will likely be his final outing portraying the iconic character. Spectre was released back in 2015. That means we are entering year six between films; the longest hiatus between Bond films since Pierce Brosnan took over the mantle from Timothy Dalton, and the fantastic, yet dated, Goldeneye dropped in our laps back in 1995.

The latest chapter finds Bond retired and living in Jamaica when his old CIA buddy Felix Leiter pulls him back in for “one more mission.” Chaos and hilarity ensue. It also sees him facing off with Oscar winner Rami Malek (Mr. Robot), as the mysterious masked villain “Safin” who holds the key to a deadly new and dangerous technology (reminds me of Goldeneye). No Time To Die is being helmed by Emmy winner Cary Joji Fukunaga (True Detective).

Léa Seydoux, Ben Whishaw, Naomie Harris, Jeffrey Wright, Christoph Waltz, and Ralph Fiennes all return to what will likely be a solid balls-to-the-walls action movie, with some intense staring, over-the-top melodrama, and witty one-liners thrown in. Love or hate Daniel Craig, Bond movies are an “event” that has lasted almost 60 years and they make truckloads of money, regardless who is starring in them. That’s why I think this will continue to be pushed back until the Green Light is on for EVERYONE to return to the cinemas.

You thought Tenet was going to reinvigorate the industry? Nuh-uh. It’s going to be Bond. I see No Time To Die being pushed back to Xmas 2021 and a global opening. If life is “back to normal” by then, you watch and see how many people are going to see this, It’s going to gross close to a billion dollars worldwide. Nice shoes for Tom Hiddleston to be stepping into. 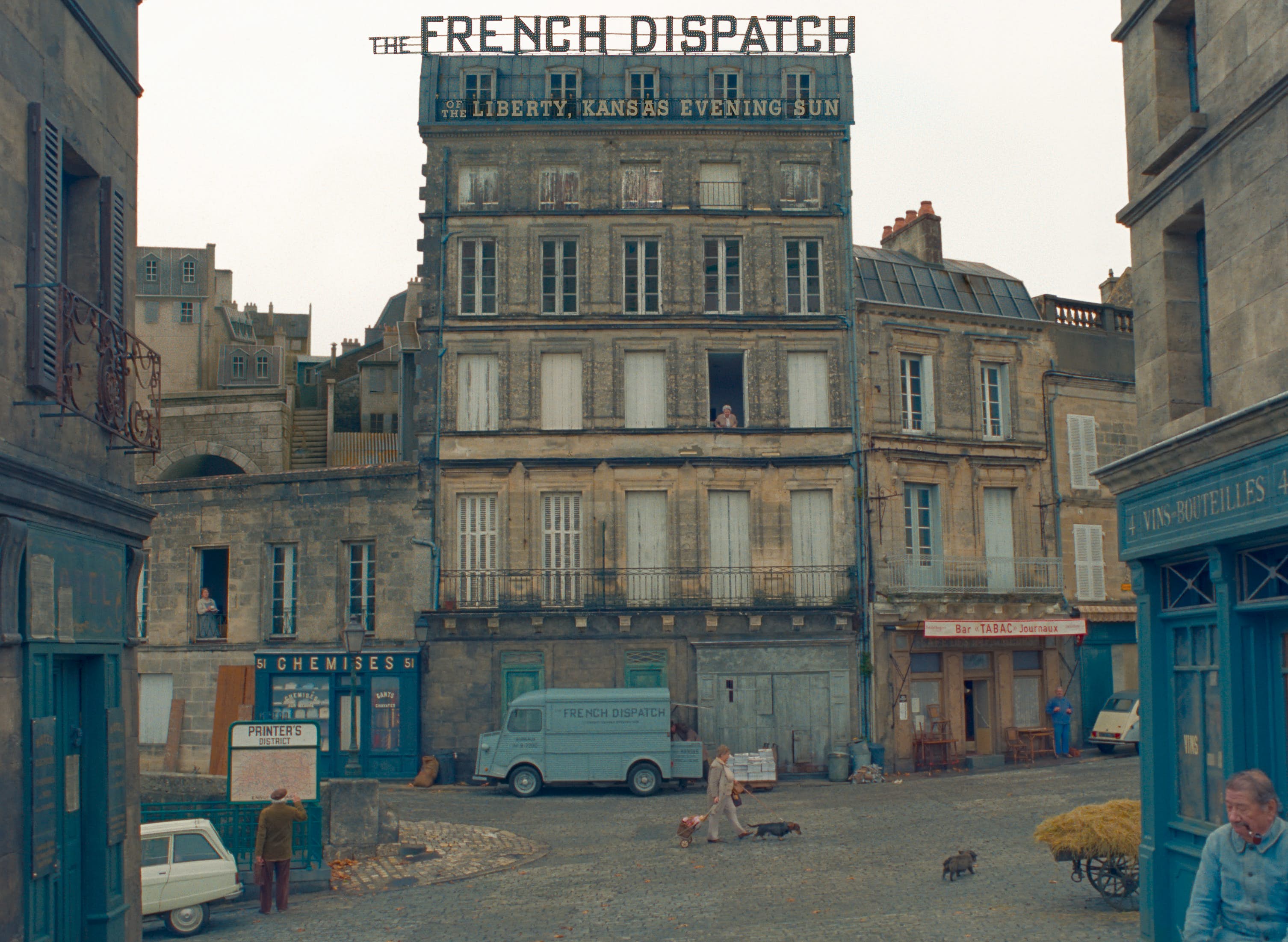 You either really like Wes Anderson films, and everyone that orbits his weird universe, or you simply could care less about him or Jason Schwartzman. I’m in the first category. I’m not sure why – maybe it’s because I’m a New Yorker – but watching The Royal Tenenbaums DOES something to me. It was also the first Criterion Collection DVD I ever owned.

Much like another director whose work I greatly admire, Woody Allen, Anderson’s characters are quirky, zany and at times Dali levels of surreal. Yet they are also human, dramatic, sad, and loving. Ben Stiller as “Chas Tenenbaum” and his delivery of the line “I’ve had a rough year Dad” and Gene Hackman’s’ (in his final truly great performance) reply as “Royal Tenenbaum” responding “I know you have Chassie” just destroys me every single time. Also, Anderson’s production design is second to none.

Wes Anderson attracts the talent when it comes to his movies (he and Bill Murray have had a bromance for over 20 years) and this movie is no different. Murray, Owen Wilson, Jason Schwartzman, Willem Defoe, Adrien Brody, Angelica Huston, Edward Norton, are all starring and Anderson regulars. This movie is LOADED as it also stars Benicio Del Toro, Timothee Chalemet, Tilda Swinton, Christoph Waltz, Saoirse Ronan, Jeffrey Wright, Liev Schrieber, Frances McDormand, and many others.

Watching an Anderson movie is like tuning into the Golden Globes. Anderson’s 10th film is set at the office of an American magazine, located in a fictional French city. He has described his latest film as a “love letter to journalists” and it follows three different and distinct story-lines. While there’s no official release date yet for The French Dispatch, I’m certain that we’ll see it drop in 2021.

Sure, why not? We’re getting the band back together. I mean, I’m not sure there is ANY other 80s movie that better encapsulates WHAT the 1980s were all about. It was about Tony Scott and guys getting oiled up to play volleyball with their jeans on. Besides Heat, I think I’ve listened to more podcasts about Top Gun than any other movie. It’s so over the top and so ridiculous; it makes NO sense whatsoever, yet it’s so incredibly awesome. I could spend 3 hours just on Michael Ironside.

Much like Wes Anderson, you know what you’re getting with Tom Cruise. He always brings his A-game, and all that stuff. I can’t say I love Cruise as an actor, but good lord, he’s been in a ton of movies that I love, and he is always entertaining. The Mission Impossible franchise (except 2) is tremendous fun, and he got robbed of winning his first Oscar for one of my favorites, Magnolia. Just for his work in Tropic Thunder, he gets a lifetime pass from me.

Top Gun: Maverick will see Tom Cruise and Val Kilmer reprising their roles from the original film. Sadly however, 87-year-old Tom Skerritt will not be returning as “Viper” nor will Meg Ryan or Kelly McGillis be returning for the sequel.

While Paramount Pictures has been selling off much of their upcoming slate of movies (The Trial of the Chicago 7, The Lovebirds, Without Remorse, Coming 2 America, The United States vs. Billie Holiday) to VOD and streaming platforms during the Age of COVID, it is still standing strong when it comes to the Power of The Cruise. Top Gun: Maverick is still slated for a July 2 release, and the seventh Mission: Impossible film, is still on track to be released in cinemas on November 19. Along with No Time To Die, I see this movie as revitalizing the movie industry in late 2021. Will this movie be absurd and over-the-top? Absolutely. Will I be there opening weekend? Absolutely. 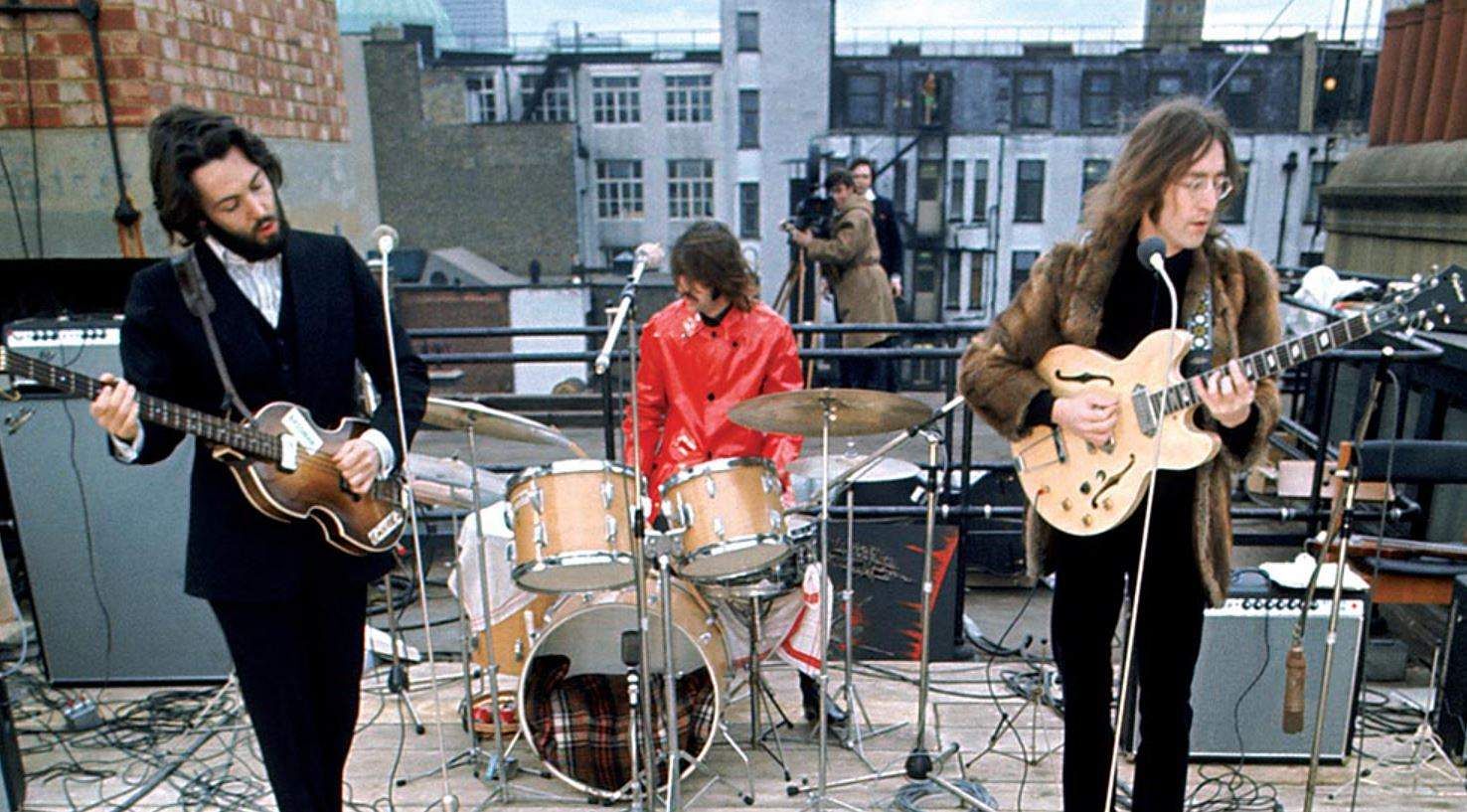 There aren’t many things that transcend time and generations. Perhaps a good slice of pizza? Maybe chilling at the beach on a warm Summer day? The Beatles are another one of those examples. I can count on one hand the number of bands/artists that cross all racial barriers, all age groups, and are still relevant and popular almost 60 years after their inception. Am I an obsessive “die-hard” Beatles fan? No. But they’re The Beatles. It’s like orange juice. I’ve always liked orange juice, and I always will. Same goes with The Beatles.

I was 11 and living right outside of New York City when John Lennon was murdered in front of his Dakota residence. It was so senseless and so…unreal?  There have been many documentaries on the Fab Four, and I’ve seen most of them. The Beatles: Get Back, directed by Middle-Earth legend Peter Jackson, has a chance to be the best of the lot. When I watched this extended trailer with my 17-year-old daughter, we both had that “holy shit” look on our face. Jackson never fails to deliver the goods.

Since it came out in 1969, The Beatles’ album Let It Be was made more visual and visceral by the accompanying documentary of the same name. This documentary, while tremendous, portrayed the Lads as a sad and dysfunctional group who looked like they would rather be at a funeral than in Abbey Road studios, making history. They were clearly heading towards a breakup.

Now, with 56 hours of newly restored and never seen footage, Peter Jackson (The Hobbit, King Kong) returns us to those sessions and appears to be trying to change the narrative somewhat. Judging by the above trailer, it looks like it wasn’t all gloom and doom in the studio. Seeing John, Paul, George and Ringo acting silly while recording one of the 50 greatest albums of all time makes me smile and get just a wee bit weepy. While this may have just been a careful editing job by Jackson – to make things seem hunky-dory, when they weren’t – this is still NEW Beatles footage, and I will absolutely be in the cinema for this, whenever it gets released. 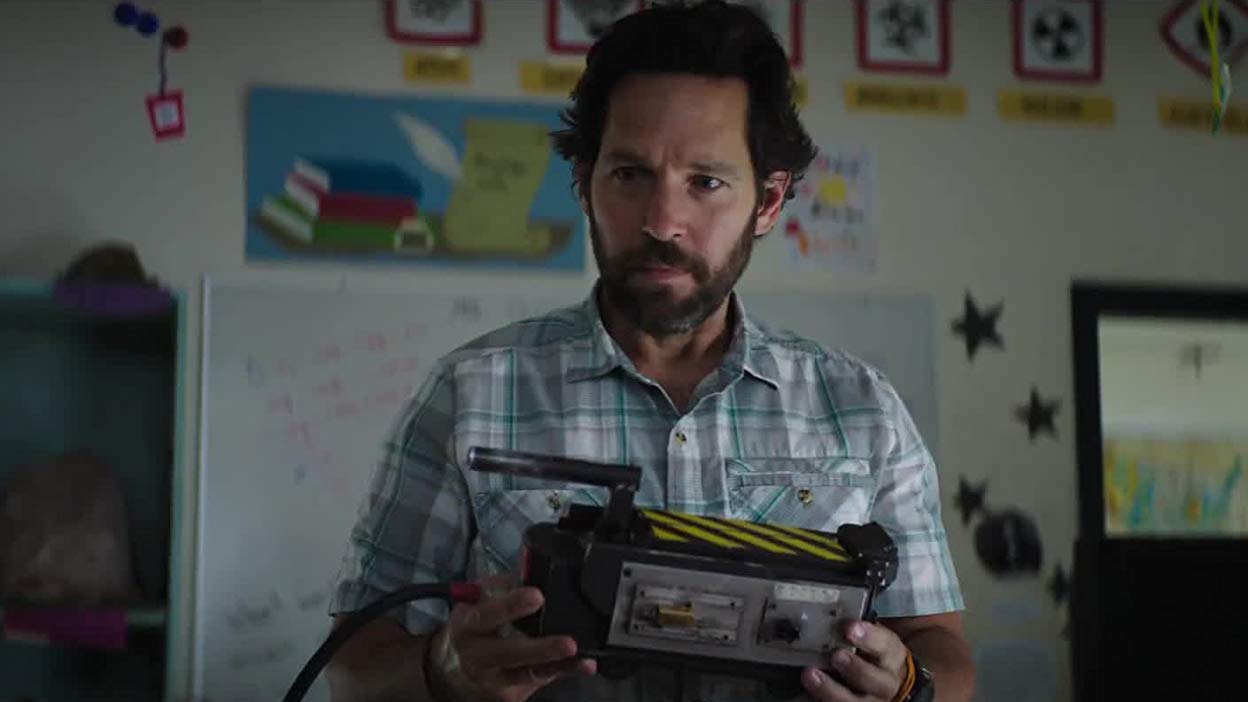 Without upsetting too many people, let me say that Paul Feig’s 2016 Ghostbusters is not a good movie. As a standalone film, it’s OK, but you simply cannot view ANY Ghostbusters movie as standalone. To Generation X, of which I’m a member, the 1984 film, and it’s sequel 5 years later, is put on a very high pedestal. It’s the gold standard of comedies for that era. Murray, Reitman, Aykroyd, Ramis, Weaver, Moranis, Hudson, Atherton, it’s a Murderers Row of talent. I like McCarthy and Wiig well enough, and I’m a huge fan of Kate McKinnon, but Feig’s direction is horrible, and the “humor” is gag jokes right off the set of Saturday Night Live.

There’s nothing organic in the reboot, like the way Ramis and Murray played off each other in the original. Also, the Fall Out Boy remake of the original Ray Parker, Jr. classic theme song is simply insulting. Cut to 5 years later and Reitman’s son Jason Reitman (Up In The Air, Juno) is directing a “direct” sequel of the first 2 films, and it has Murray, Aykroyd, Weaver & Hudson all reprising their roles? I’m in!

The plot of Ghostbusters: Afterlife has a single mother and her two kids moving to a small Oklahoma town, where strange things start to quickly happen. the kids soon realize that they are related – in some way – to the original Ghostbusters crew.

Ivan Reitman, who is producing this installment, made sure to load the latest film with actors that will appeal to multiple generations, as it also stars Paul Rudd, Finn Wolfhard, Carrie Coon, McKenna Grace, J.K. Simmons and the fantastic Bokeem Woodbine. It also has Annie Potts returning, reprising her character “Janine Melnitz” from the first two films.

Again, while this movie is slated for June, I can see this getting bumped back to Fall/Winter for a full-scale theatrical release. Could this movie be a generic paint-by-the-numbers sequel? Could it not be terribly funny or endearing like the first two films were? Sure. But like the title of this article says, I am anticipating this film, and I will most definitely buy the ticket and take the ride. Let’s hope this fares better than 5 years ago.

There you have it for part one of my Top 10 list of most anticipated movies coming in 2021. I’ll have part two for you next week. This list is just one man’s opinion, and not necessarily what I think will be the “best” movies in 2021, rather, my most anticipated. Please feel free to disagree with me, yell at me, and leave your slanderous comments in the talkbacks.