Imagine a time when you could program your favourite gaming system. Where you could sit for hours typing in lines of code into a machine with only 48K of RAM then save your endeavour to a magnetic cassette and let your friends play it or sell it by mail order.

That is what the Sinclair Spectrum allowed you to do.

This is what happened in the 80s when Sinclair, Commodore, and Amstrad challenged the American home computer market. The ZX Spectrum allowed anyone to make a game at home.

With just the computer and the knowledge, you could make anything, limited by the technology.

This is what happened. A new breed of computer programmer was born, who started programming as a hobby and then made a career of it. A niche product was about to move into the homes and start the home computer revolution of the last 30.

Without the British programming boom of the 80s, there would be no Grand Theft Auto, original programmers (DMA Design) from Dundee, Scotland.

The Creator Of Worlds

The ZX Spectrum creator was Sir Clive Sinclair. An English entrepreneur whose company Sinclair was mostly involved in consumer electronics in the 70s and 80s.

First creating a pocket calculator, Sinclair Executive before moving into the home computer market with the Sinclair ZX80, ZX81 and the ZX Spectrum.

Sir Clive is also famous for being at the forefront of environmental issues and in 1985 brought out the Sinclair C5, a small one-person battery electric vehicle.

Unfortunately, he was so ahead of his time, the venture failed and caused major embarrassment to Sir Clive.

The ZX Spectrum was launched in 1982 by Sinclair Research. An affordable 8-Bit personal home computer to take on its rivals, the Commodore 64, Dragon 32, Oric-1, Oric Atmos, BBC Micro, and the later Amstrad CPC.

Famous for its rubber foam keys it was one of the first home computers to produce colour graphics in its games. The system developed from its 48K version, through ZX Spectrum +, ZX Spectrum 2 and 3, increasing ram to 128K.

The final systems being discontinued in 1992, after selling 5 million units.

Another part of the Spectrum memory is waiting for an age for the games to load from the magnetic tapes. 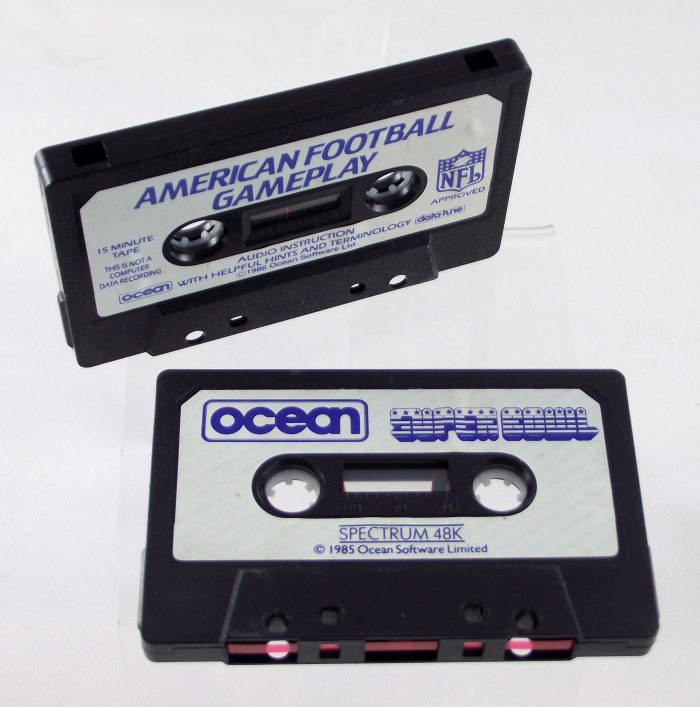 The famous loading images and sound of screeching which somehow the computer translated into 1’s and 0’s and eventually a game, which has the processing power of less than a digital watch. 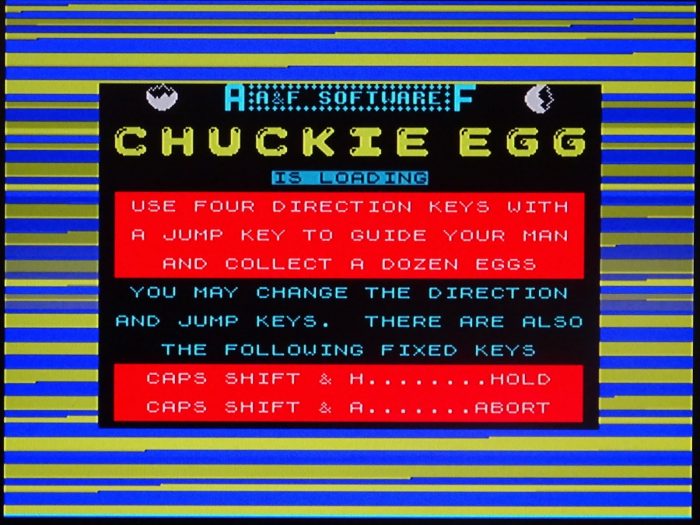 As with the Playstation and Xbox battles of today, a system’s success is based on what games it has to offer. The new home computers had big companies producing games, Ocean, Microsoft, Code Masters to name a few. 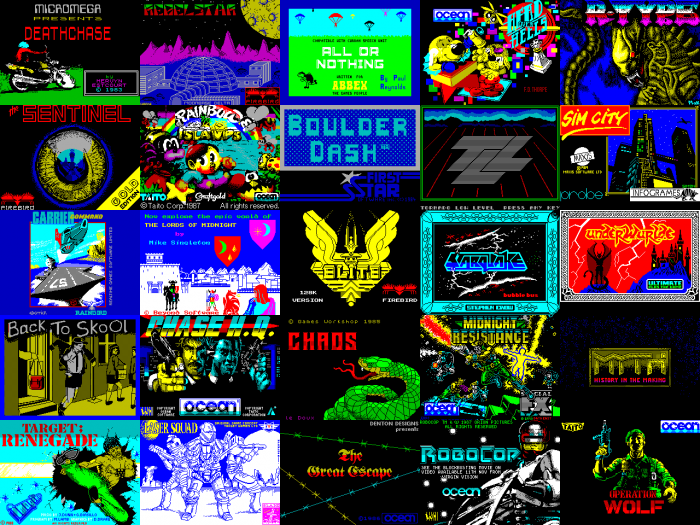 What set it apart from many home consoles was the ability to programme it yourself. The age of bedroom programmers begun.

Some of the standout games that I remember playing were: 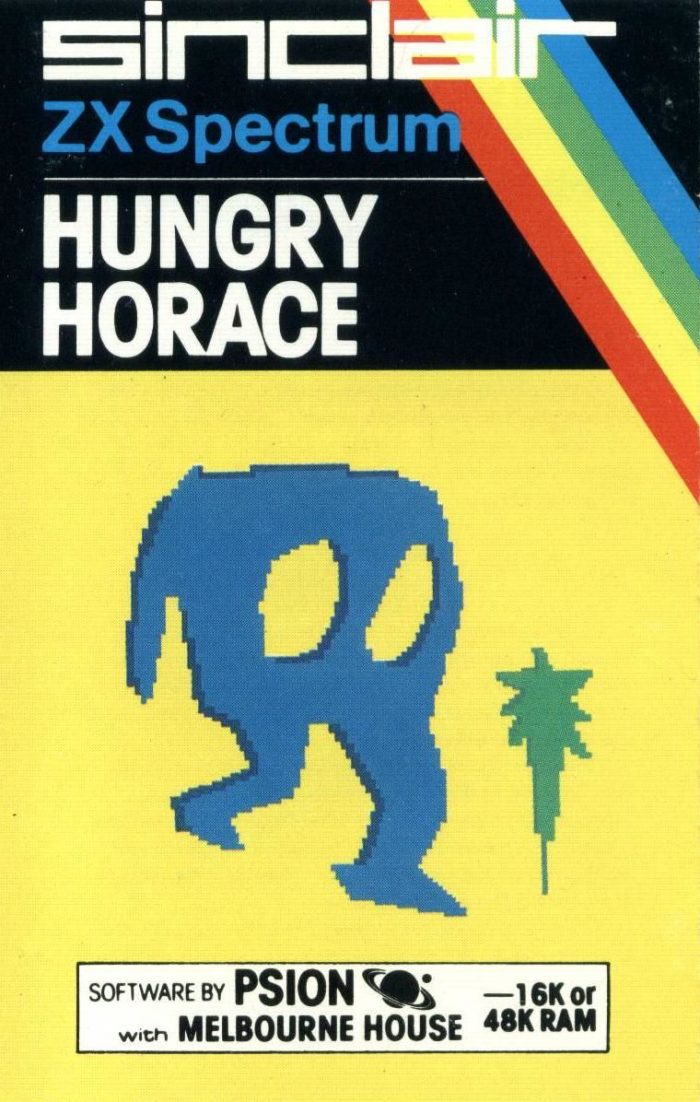 This was one of the games that were bundled with my original ZX Spectrum 48K. This was a lite Pac-Man clone where you had to navigate the said Horace round a park, eating all the vegetables while avoiding the pesky park ranger. 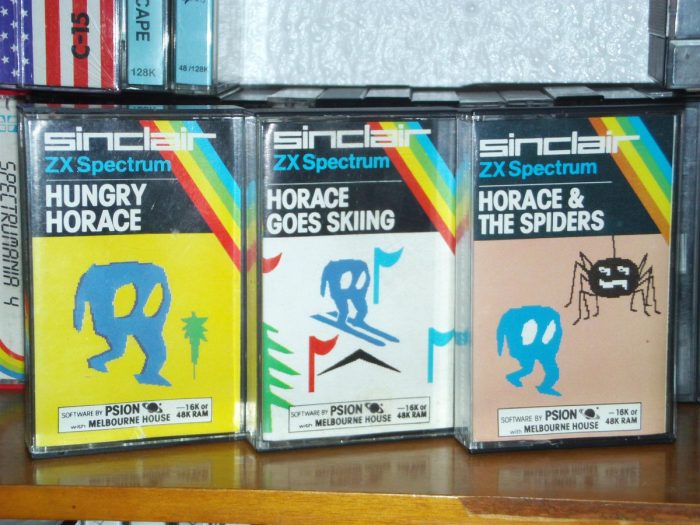 The game was so successful it led to two sequels. Horace And The Spiders and Horace Goes Skiing. Everyone that played a ZX Spectrum, has played one of these games. 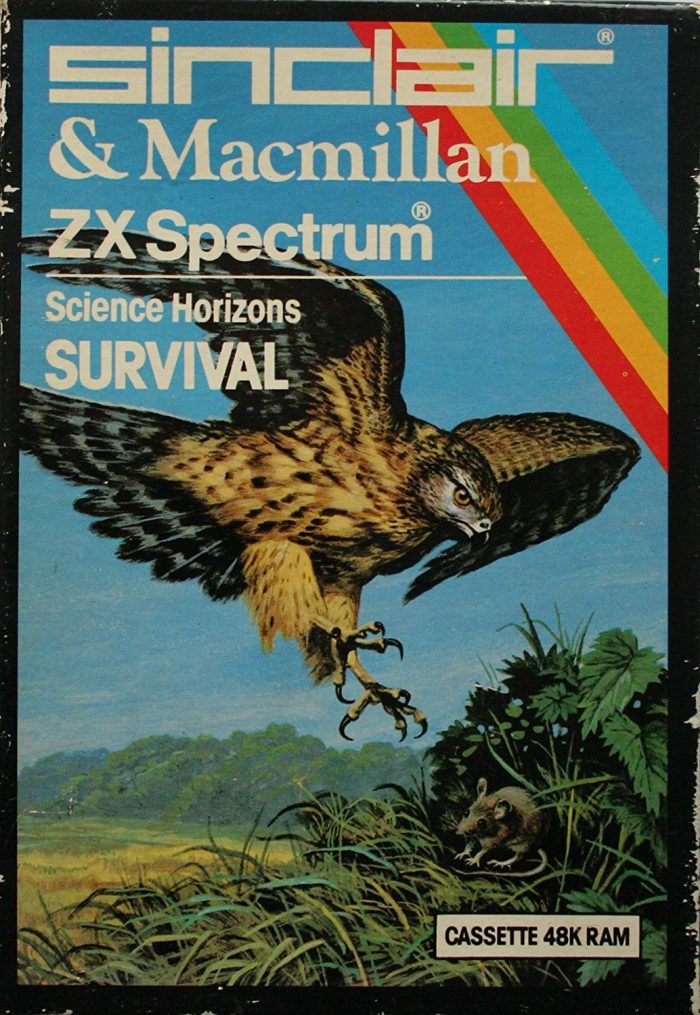 This was another game that was part of the bundle. A wildlife simulator. You picked which kind of animal you wanted to be, Eagle, Lion, Mouse or Rabbit. 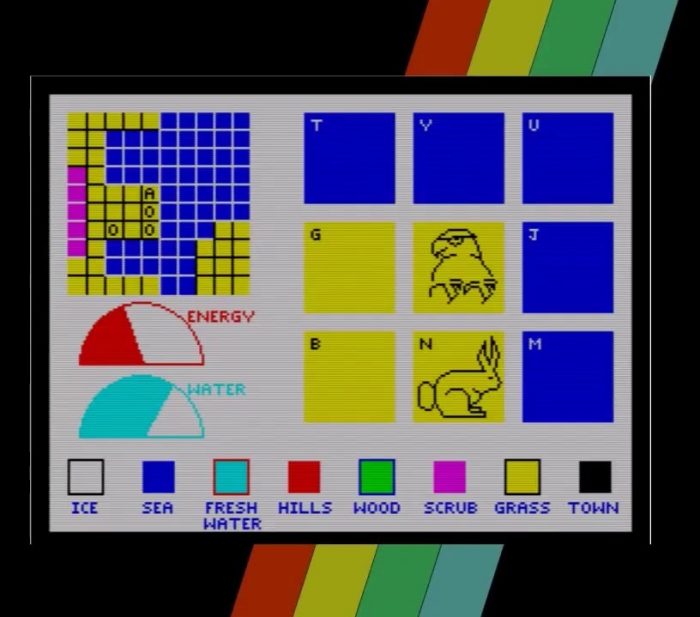 You then started on a continent and had to move about looking for food and avoiding predators in an attempt to set a record for days of survival. 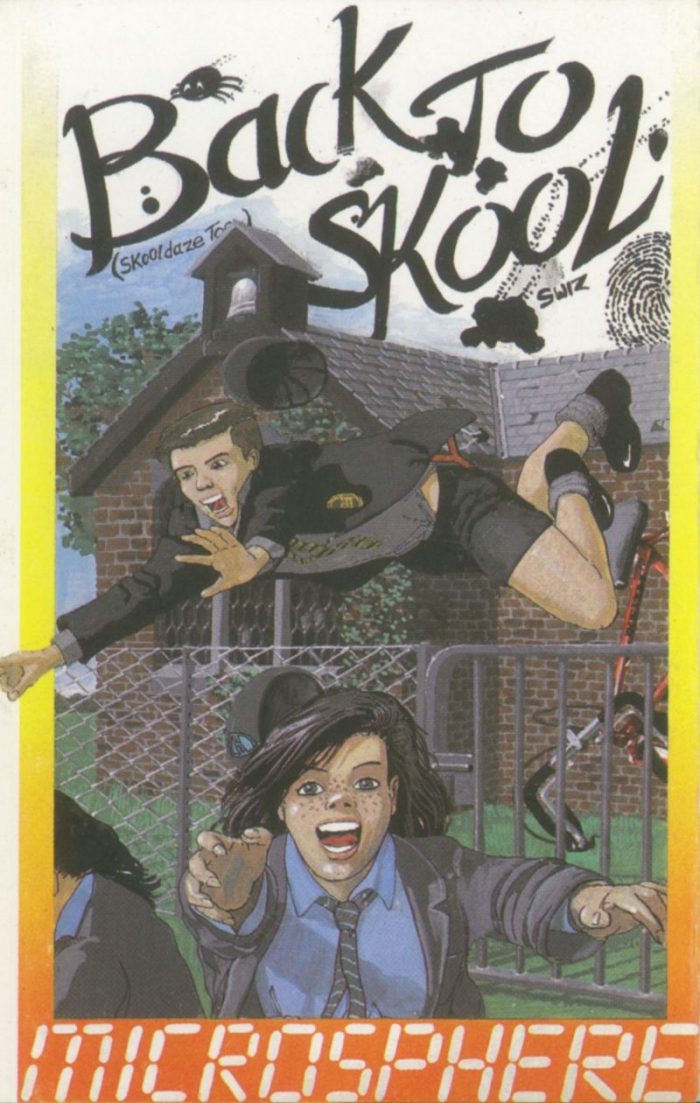 This one always sticks with me. It was a school simulator and the sequel to Skool Daze. You played the hero, Eric, as he had to navigate a day in school trying to unlock the safe in the Headmaster’s office, so your parents don’t see your report card. 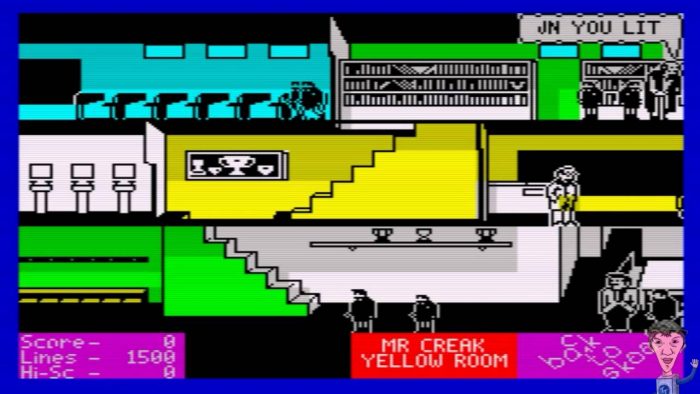 There are a few supporting characters and teachers. You moved from class to class, got in fights with other pupils and got punishments from teachers, too many lines and you got expelled…game over. 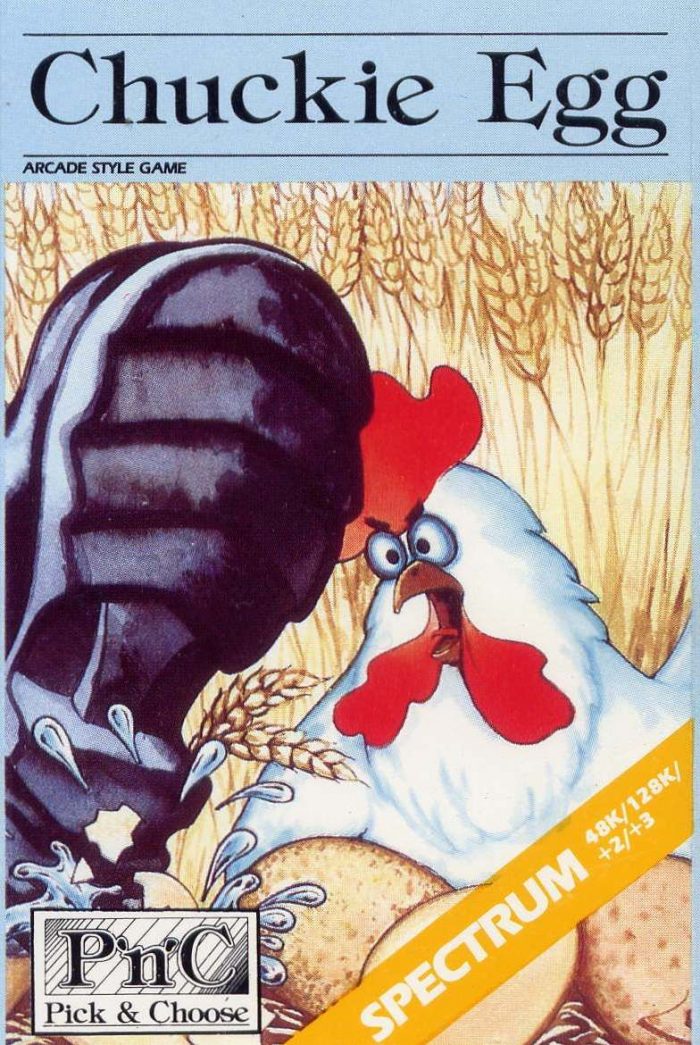 A platformer in the vein of Donkey Kong. You had to navigate a level, collecting all the eggs before being caught by the birds. Levels increase in difficulty as you go on.

Programmed by Matthew Smith in his bedroom. One of the classic games on the system, near impossible and with many in-jokes added in and a homage to Monty Python.

Like everything from the 80s, it was bound to be revived. You have your Sega Minis, NES Minis and now PSOne Mini.

Well, Spectrum has been revived as well. Through Kickstarter, there was the ZX Vega launched in 2015 and the handheld version Vega+.

There is also a number of online sources for emulating the ZX Spectrum and it’s also available on the Android and IOS smartphones.

A great site is World of Spectrum. It is an Encyclopaedia for the Spectrum and you can practically find all the games.

I hope you enjoyed this retrospective on the ZX Spectrum. One of the first home computers and one which left a lasting legacy. Sinclair was better than Commodore and everyone knows it. The PLAYSTATION 5 Is Here!

August Now A Doubt For US Theaters