Mope is a true story, at least that’s what we are told. The basic facts certainly happened but for this movie, I would avoid any spoilers and go in cold as I did.

When I watch a big-budget movie like Aquaman, I pretty much know exactly what’s going to happen, whether it be a minor joke or the overall structure. It’s a hazard of trying to cover all four quadrants of the market. Please everyone and offend no one.

Mope is a smaller movie directed by Lucas Heyne. His resume is not lengthy as far as full-length features go, but if this is any indication he’s got a future. I had no idea where this thing was going.

A lot of indie films get a little too “arty” for my tastes instead of trying to tell a story. Not so with Mope. I was drawn along with what was going on, fascinated by the characters, and repulsed all at the same time.

Many have compared it to Boogie Nights but other than business surrounding the characters they are telling, I don’t see it. It’s a very superficial and lazy comparison because both are about people in the adult film industry.

In Boogie Nights, you had people who are at the top of the world in an industry that is all they are qualified for. That industry in the ’70s gave way to cheap VHS in the 80s and they all found themselves struggling.

The other actors at the place all have some odd tick or quirk that Eric exploits, not that the company is making much money. It’s looked down upon by the other companies, one run by David Arquette who makes movies with skyrocketing budgets of $30,000. Yeah, it’s a bad scene when companies who’s “giant” budgets that are less than a typical Kia Crossover are looking down on you.

Add to the fact Steve has some curious mental issues and things spiral out of control very quickly. I hate to give away much more than that. 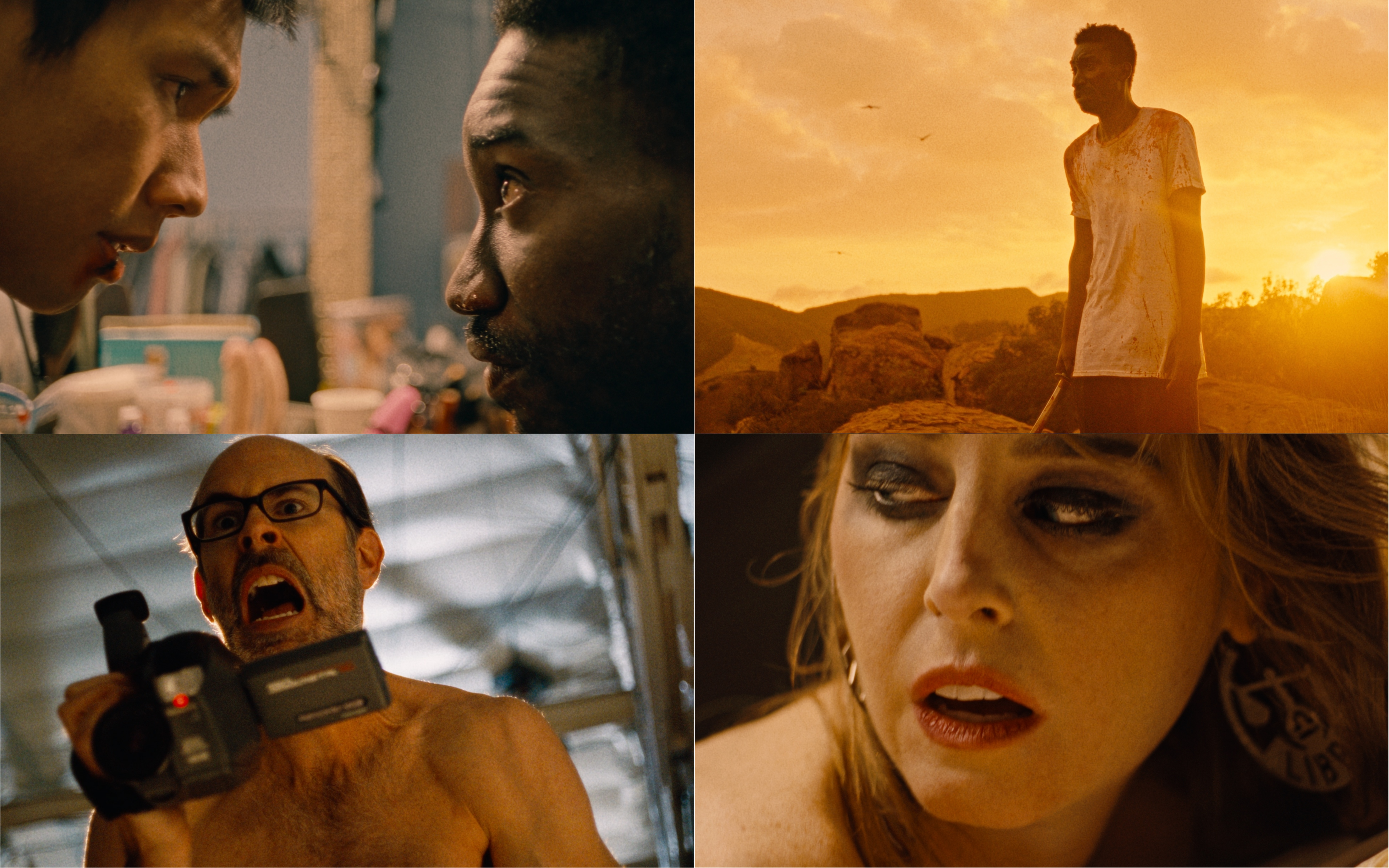 This movie is being billed as a black comedy but I think straight drama with some really cringey moments is a better description. I never found myself laughing that much but that didn’t make the movie any less watchable. Knowing that it’s true (well as much as “based on real events” movies usually are) makes it all the more compelling. I can’t say that I would revisit a lot but I can say it definitely held my attention from beginning to end.

Huskey is great as Eric and David Arquette has easily the funniest moments of the film, though his part is more of a glorified cameo. Heyne did a good job making psychos and junkies sympathetic, not an easy thing to do given the subject matter.

It also has no political aspirations in any way and just tells the stories of these individuals which a welcome surprise as well.

He-Man Exits THE MASTERS OF THE UNIVERSE